On Monday 6th December, less than 48 hours after the McGurk’s Bar Massacre, the Newsletter published disinformation from the RUC. 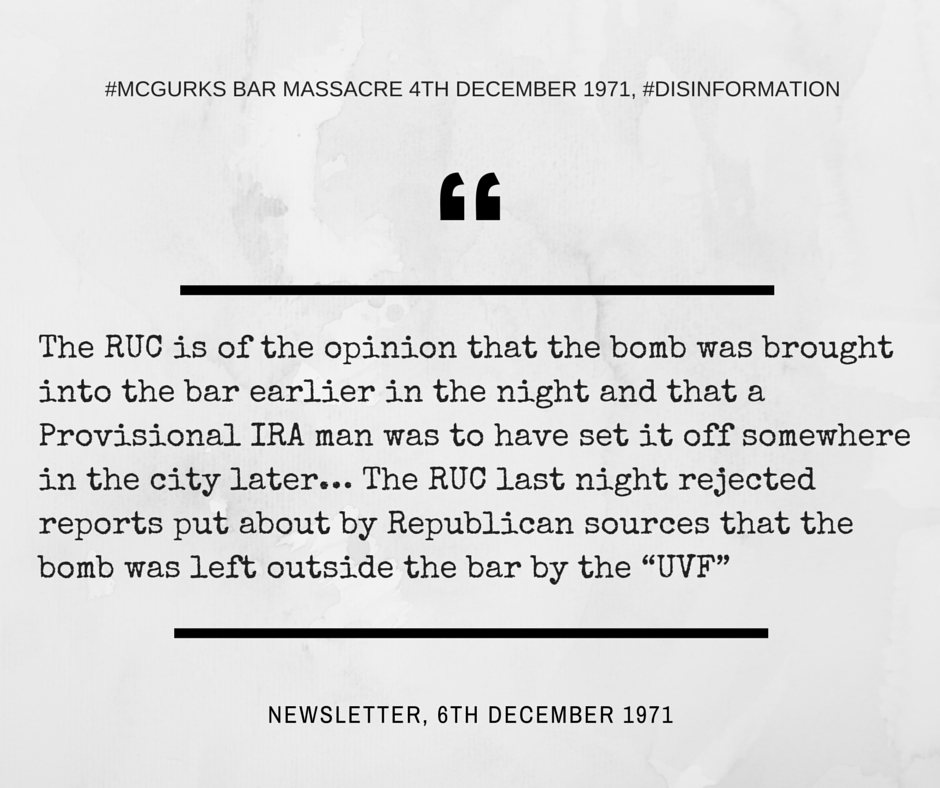 What is more sinister about this is that the present day investigations by the likes of the failed Historical Enquiries Team tried to say that there was no proof  that the Royal Ulster Constabulary had briefed the press. This was despite the fact that we had proved that the RUC had created this very lie in a Duty Officers’ Report hours after the attack.

Further study of the information stream also proved that any information within the reports which the RUC did not wish to be published, were clearly marked as such. This particular disinformation was not, so it was disseminated and published by the likes of the Newsletter. Even a fool can tell you that the Newsletter report came from the RUC (as the Newsletter itself recorded):

Here is the Newsletter report below – note how the fictitious bomb-in-a-suitcase created by the RUC appears in the copy. 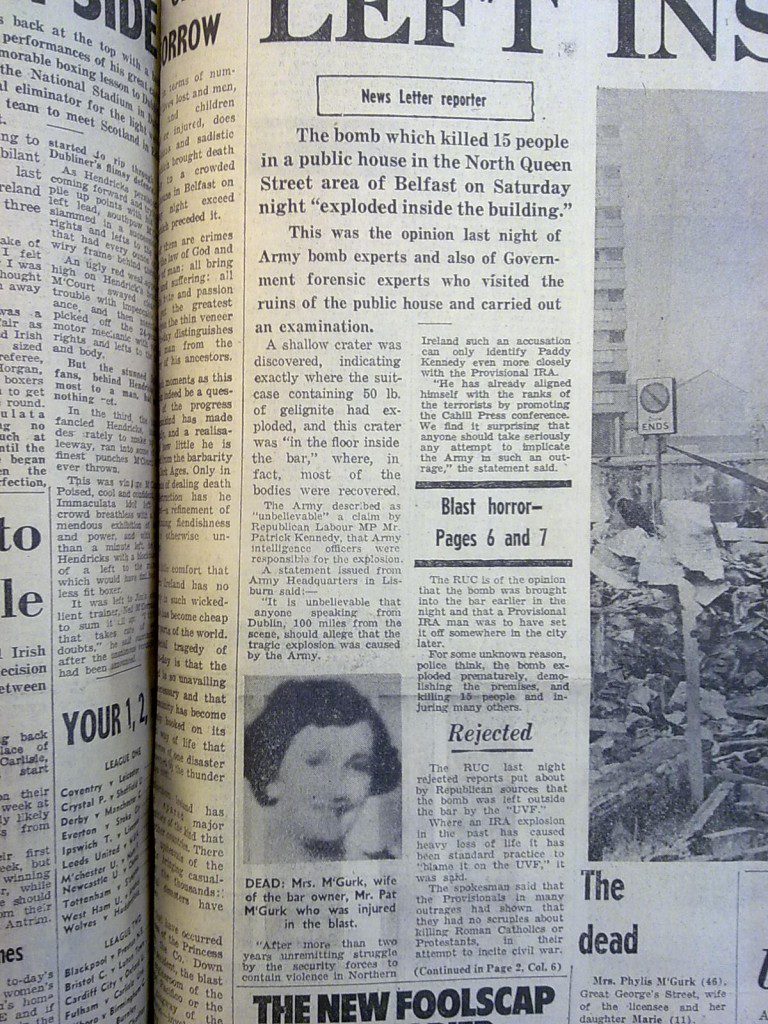 Of course, as the dissemination of disinformation and control of the media are so important in this case and hundreds of others, I have repeatedly demanded access to RUC and British Army Press Logs from the period but the state cannot find them apparently. Unsurprising that.

Question for reporters today: would you be so easily hoodwinked, manipulated or controlled by a criminal state?