At that juncture in the history of the rotten Orange state, the McGurk's Bar Massacre was the greatest loss of civilian life in any single murderous attack since the Nazi Blitz of Belfast.

In the early evening of Saturday 4th December 1971, Loyalist extremists from the Ulster Volunteer Force (UVF) planted a no-warning bomb in the hallway of a family-run bar in north Belfast.

Only for our families, the people who perished that night in the massacre would have become the forgotten victims of a dirty war.

An 8-year-old newspaper boy called Joseph McClory saw three men skulking in a parked car near McGurk’s Bar. So observant was this lad, that he noted a small Union Jack flag upon its back window.

One of these men had got out of the vehicle and Joseph noticed his shadowy figure in the doorway of the bar.

The stranger, clad in a long, dark overcoat and disguised by a mask, set a parcel down, lit a fuse, and fled back to the car.

He abandoned the child alone on the road, staring at a bomb.

Then, Joseph saw a local man about to turn the corner and go into McGurk's Bar, but he shouted that there was a bomb and the man fled just in time. He had saved his life

The 50lbs of gelignite ripped through the small pub and brought its walls and roof down upon the innocent people within.

Those who were not crushed or slowly asphyxiated by masonry were horrifically burned when shattered gas mains burst into flames beneath the rubble.

Noxious fumes which seeped through the pulverized mortar claimed the life of one of the children.

In the immediate aftermath of the explosion, disregarding their own safety, the families in the area emptied onto the road and began clawing at the debris with their bare hands so that they might save some of their neighbours.

Only for their feverish toil that night and the labours of the emergency services, another dozen would have perished.

Eventually, though, the lifeless bodies of fifteen innocent men, women, and children were dragged from the ruins.

The victims’ only crime was their faith. 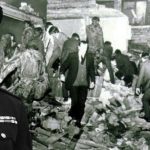 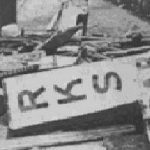 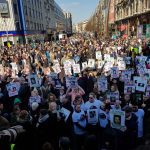 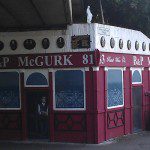 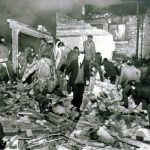