In June 2012, we met with renowned researchers from Amnesty International and told them our story. They went away and investigated the service journey we have suffered with the state authorities. In September of this year, Amnesty International released Northern Ireland: Time to Deal With The Past, a withering indictment of the state’s failure to confront the truth about the conflict in the north of Ireland. It happened to be released on the very day that we were in the High Court (link) to begin legal proceedings against the Chief Constable and his decision to block the release of an Historical Enquiries Team (HET) report into the atrocity. Aptly, this is what Amnesty International had to say in its report about our campaign for truth:

Amnesty International understands that the position of the PSNI is that they are under no legal obligation to accept the findings of the OPONI. However, investigations into police misconduct lie with OPONI, not with the Chief Constable, and rejecting its findings undermines OPONI’s independent investigatory function and its ability to hold the police to account.

On 4 December 1971, 15 people were killed and 16 injured in a bombing in McGurk’s Bar in Belfast, carried out by a loyalist armed group. In 2006, some of the relatives of those killed in the bombing lodged a complaint with OPONI alleging that the RUC had colluded in the attack; failed to conduct an effective investigation; and provided false information to government officials to suggest that it was an ‘IRA own-goal’ – i.e. that it was an IRA bomb that exploded prematurely or accidently inside the premises – creating the impression that those killed and injured were associated with or were members of republican armed groups. 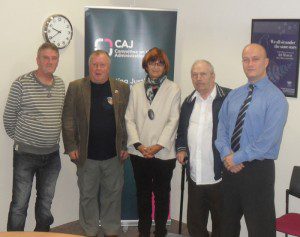 As with the Sean Dalton case (1), the OPONI report on the McGurk’s Bar bombing underwent several redrafts. According to the CJINI report, earlier drafts of the investigation were much “more critical of police action” than the version presented to the families in July 2010, which found no evidence of police misconduct. The report was withdrawn following complaints by the families and NGOs, who highlighted inconsistencies, factual inaccuracies, and failures to take evidence into account in the report.

In February 2011, a new report was released that was more critical of police action, finding a number of failures by the RUC that had undermined the investigation. In particular, the Police Ombudsman concluded that the RUC focus on and perpetuation of claims that the IRA was responsible for the bombing led to “investigative bias” undermining “both the investigation and any confidence the bereaved families had in obtaining justice”. The Police Ombudsman also found that the RUC assessment presented to the Prime Minister and other government officials was selective and consequently misleading, because they expressed the view that the IRA were responsible for the bombing, but did not report on evidence or information which indicated loyalist armed groups could have been responsible. The report concluded, however, that there was “insufficient evidence to establish that the investigative bias was collusion on the part of the police”.

In doing so, it appeared to apply a narrow definition of collusion requiring the presence of “an agreement between two or more parties” and that “the act or omission complained of was deliberate and not merely negligent or inadvertent”.

The problems of using such a narrow definition of collusion are discussed on page 47-48. Within hours of its publication, the Chief Constable of the PSNI issued a statement rejecting the OPONI report’s findings, stating that “the Ombudsman’s report is the latest in a series of historical investigations into this outrage. Other reports have reached differing judgments regarding the initial RUC investigation. None of them have concluded that there was an investigatory bias.”

In September 2011, the Chief Constable reaffirmed his rejection of the OPONI report’s core findings, stating that he could not accept the conclusion that there had been ‘investigative bias’ in the RUC investigation, or that the investigation was not ‘proportionate’ to the magnitude of the crime.145 He did, however, ask the HET to re-examine the case, backtracking on his immediate response to the findings when he stated that there were no further investigatory opportunities in the case. The HET completed this new report in December 2012 and provided it to the OPONI, before being passed to the Chief Constable of the PSNI in February 2013. However, as of August 2013, the Chief Constable had not agreed to release the report to the families. Amnesty International wrote to the Chief Constable in June 2013 to seek clarification about the delay, but has not to date received a response. In August 2013 it was reported that the families of those killed in the bombing of McGurk’s bar were considering legal action against the Chief Constable’s failure to provide the HET report to the family.

Download Amnesty International’s damning report Northern Ireland: Time To Deal With The Past