Headquarter Northern Ireland Intelligence Summaries (HQNI INTSUMs) were prepared in Lisburn Headquarters by a team under the Director of Intelligence, a senior officer of the British Security Service, also known as MI5.

For his role in the north of Ireland in 1971 “David” (as he was code-named  during the Bloody Sunday Inquiry) assumed the equivalent military rank of Major General. He ran a department made up of other MI5 operatives and British army intelligence officers.

The Director liaised daily with the RUC, especially its Special Branch, “to co-ordinate the intelligence gathering efforts of the various elements of the security forces operating… at the time”.

The black propaganda from this unit was drip-fed through intelligence information streams and to Whitehall.

This was how easy it was for the British state to synchronize the McGurk’s Bar psychological operation. None of the civilians in the bar were members of the Irish Republican Army. 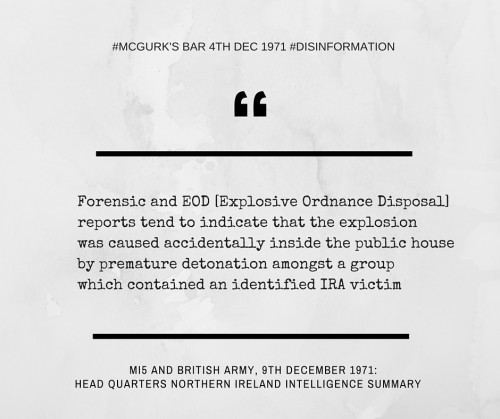 Read the article on Director of Intelligence, David Eastwood, on Powerbase

Read Allison Morris’ ground-breaking article in the Irish News when we released the archives in 2010: 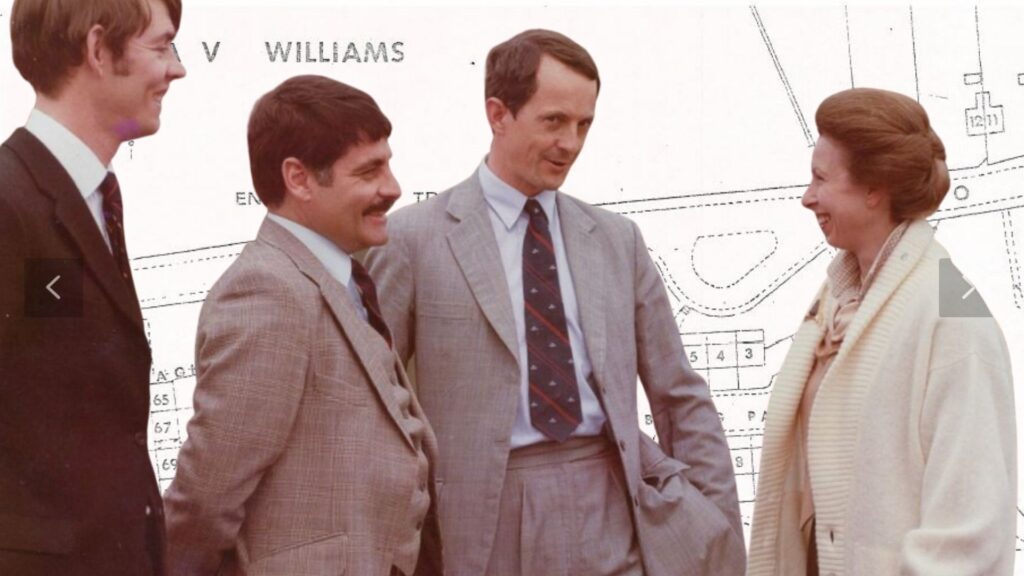 New evidence from secret British military archives proves that the Fusiliers regiment which helped dig for survivors in the rubble of McGurk’s Bar, reported intelligence… 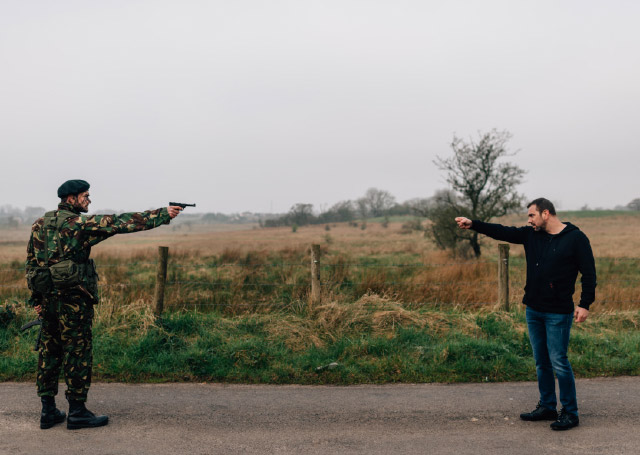 There has been renewed – or belated – interest in the appointment of Garda Commissioner Drew Harris following the RTÉ airing of Unquiet Graves. Unquiet…