McGurk’s Bar relatives have issued a Judicial Review challenge against the Attorney General regarding his decision not to order a fresh inquest into the massacre.

Kinnear & Co. Solicitors can confirm that yesterday, Mr Terence Keenan, has lodged papers in the High Court in Belfast, initiating proceedings against the Attorney General, regarding his recent decision not to order a fresh inquest into the 1971 bombing of McGurk’s Bar, in which 15 people lost their lives and many more were badly injured. Two of the dead were children.

Mr Keenan, who lost both his parents, Edward and Sarah Keenan, in the bombing, stated;

“I have instructed my lawyers to bring a case to the High Court in order to challenge the decision that Mr Larkin made in July. Every right-thinking person knows that this decision was wrong. There has been a vast amount of new information made available in recent years that was never put before the original inquest. That inquest had an “open verdict” because it could not pin responsibility on the correct perpetrators.

Despite the fact the UVF admitted responsibility in 1977, the British state has yet to acknowledge its role in the attack and its cover-up. A new inquest cannot only correct the “open verdict” that stands to this day it can also uncover the level of state involvement in the atrocity.

It is also horrific that family members themselves had to uncover the truth. The grandson of another victim, Kathleen Irvine, has had to discover critical archive evidence that the state did not make available to the original coroner. John Larkin cannot just turn a blind eye to state involvement when it is there in front of him, in black and white, in state documents”.

“Nearly half a century after the bombing of McGurk’s Bar, the British state and its police continue to cover up the true facts of the massacre. It is time that the state took responsibility for its wrongdoing, and did the right thing. The Attorney General has a significant role to play. There are 100s of documents now available that need proper and just examination in a court of law, and he cannot simply ignore them”. 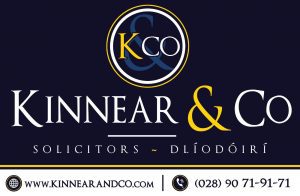