The McGurk’s Bar families have begun Judicial Review proceedings against Chief Constable George Hamilton for his failure to order an independent investigation into the atrocity including the questioning of General Sir Frank Kitson, former Commander-in-Chief UK Land Forces. Kitson was Brigadier in charge of British armed forces in Belfast at time of the bombing. It follows the family discovery of critical, new evidence linking Kitson and the Royal Ulster Constabulary (RUC) to the spread of McGurk’s Bar disinformation hours after the attack. 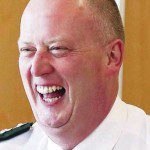 The families also expected that this independent investigation question General Sir Frank Kitson under caution following the discovery of a secret British Army Log which they believe proves that Kitson colluded with the Royal Ulster Constabulary (RUC) and disseminated lies about the McGurk’s Bar victims around 4 hours after the attack.

Ciarán MacAirt, a grandson of two of the McGurk’s Bar victims, discovered an entry in a high-level British Military 39 Brigade Operations Log recorded at 1am on 5th December 1971 (Serial 12) which stated that:

The archive records that the order originated from Bde Comd which is the British military abbreviation for Brigade Commander. The Brigade Commander of 39 Infantry Brigade was none other than General Sir Frank Kitson or Brigadier Kitson as he was then.

General Sir Frank Kitson (retired) rose to be Commander-in-Chief United Kingdom Land Forces (1982 – 1985) and Aide-De-Camp General to the British Queen (1983 – 1985). He is a renowned military author and counter-insurgency expert who oversaw Britain’s deployment during the conflict in the North of Ireland of in-depth interrogation techniques, psychological operations, pseudo-gangs and covert Special Force units like the Military Reaction Force which murdered civilians with impunity.

He also overhauled and redeveloped the British Army’s information units which managed British information policy, propaganda and disinformation across the north of Ireland.

Ciarán MacAirt is author of the books McGurk’s Bar Bombing: Collusion, Cover-Up and a Campaign for Truth and Trope: Essays and Articles, which put Kitson and his information units squarely in the frame for the McGurk’s Bar cover-up.

“The police continue to cover up the McGurk’s Bar Massacre and we now have a better understanding why. Secret British military documents lead us to believe that General Sir Frank Kitson and the RUC colluded to frame my grandmother and the other victims for the atrocity. We have the evidence in black and white but Chief Constable George Hamilton has failed to act upon it.”

“Successive Chief Constables up to this very day have denied and delayed our basic human right to an independent investigation and a number of our family members have gone to their graves without truth or justice. Chief Constable George Hamilton might have his coat on to leave the Police Service of Northern Ireland but we are calling him out before he goes for the human right abuses our families suffer at the hands of RUC/PSNI. That will be his legacy to our families and hundreds of others like ours.”

“The PSNI under the Chief Constable is perpetuating a police cover-up that has spanned two generations. We now know why. This new evidence shows that Frank Kitson, the British Armed Forces’ most infamous commander, colluded with the RUC and ordered the dissemination of the McGurk’s Bar lies. Like his predecessors, the Chief Constable is denying the McGurk’s Bar families an independent, Article 2-compliant investigation which examines the involvement of British Armed Forces and RUC in the atrocity, so we have initiated Judicial Review proceedings to ensure the families can access this basic right.”