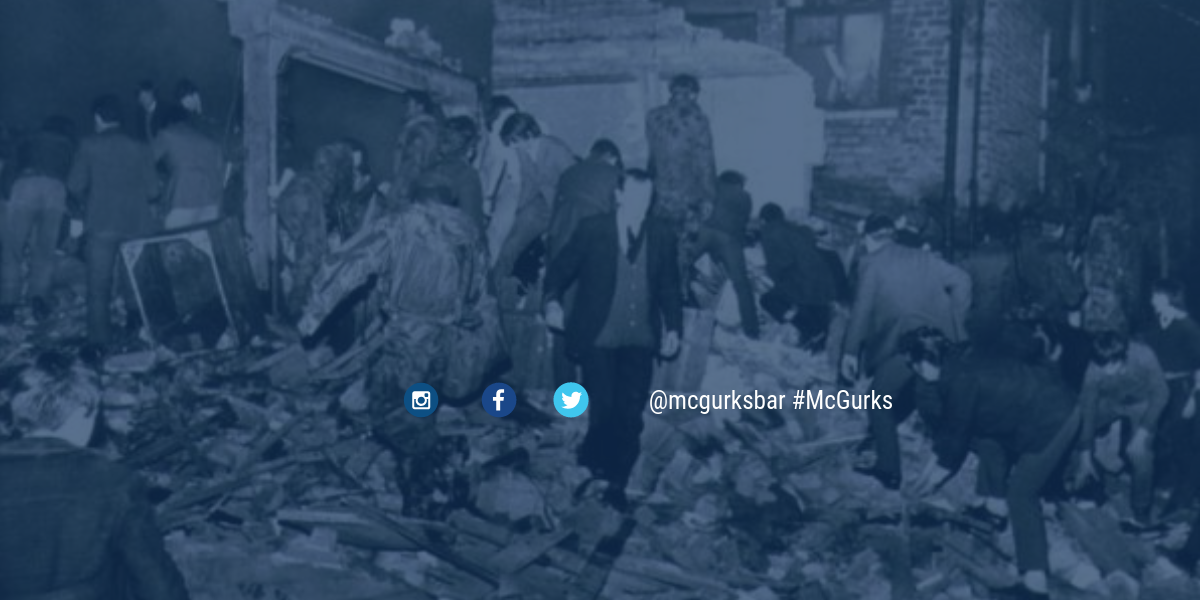 Article by Laura Friel, An Phoblacht 6th August 2009   MORE evidence of cover-up regarding the bombing of McGurk’s Bar in Belfast in 1971 surfaced this month with the discovery of a British Army briefing document. The internal British Army memo was submitted on the day of the bombing, 4 December 1971, as part of […]

This briefing (Director of Operations Brief for the 4th – 5th December 1971), prepared for Lt. General Sir Harry Tuzo, General Officer Commanding of the British forces in the north of Ireland in late 1971, is a breakthrough document for the families of the innocent victims slain or injured in the McGurk’s Bar Massacre. It […]