Outrage as Massacre evidence is withheld

Families of those killed and injured in Belfast’s most murderous bombing during the conflict have expressed outrage at the latest decision to withhold new evidence relating to the massacre even though the British authorities considered that it would “assist” the families in their continuing campaign for truth.

The Information Commissioner’s Office (ICO) has upheld a decision by the National Archives (in consultation with the Ministry of Defence (MOD) to withhold evidence from the families of the McGurk’s Bar Massacre which claimed the lives of 15 civilians including two children in 1971.

The new evidence is contained in British Army files minutes after the McGurk’s Bar bombing and relates to Mr. McGurk and the nearby Gem Bar, the original target of the Loyalist bombers who then attacked McGurk’s Bar.

Written around 42 minutes after the bombing by the resident British Army Battalion (2nd Battalion Royal Regiment of Fusiliers), it records:

“Owner of pub a moderate RC [Roman Catholic] unlikely to have allowed people to use it as a mtg [meeting] place. Bar close to Gem Bar which is a [REDACTED].”

The short item of information relating to the Gem Bar remains withheld.

Families have presented archive evidence that the Gem Bar was:

In fact, 2 RRF had arrested and questioned six customers from the Gem Bar raid less than 48 hours before the UVF bombers sat outside it.

Subsequently, the British Army and Royal Ulster Constabulary (RUC) blamed the McGurk’s Bar Massacre on the innocent civilians in the bar and not on pro-state Loyalists despite evidence including witness testimony and British military bomb expert reports.

Regarding the withheld evidence over half a century later, the ICO admits that:

“(51) Not only would disclosure increase public understanding, and encourage healthy debate, regarding the McGurk’s bar bombing; it would also assist families of the victims in their pursuits.”.

Ciarán MacAirt is a grandson of two of the victims of the McGurk’s Bar Massacre and he has been fighting for the information in this particular British Army file for five years.

“After 50 long years fighting the British state’s lies, our families are outraged but unsurprised that it is withholding evidence relating to the mass murder of our loved ones in McGurk’s Bar.”

“Police Service Northern Ireland and the Office of the Police Ombudsman either failed to find this evidence or found it and buried it again as it has been left to the families to expose the truth about the McGurk’s Bar Massacre and its cover-up by the British state.”

“Nevertheless, even when we discover new evidence, the British authorities withhold it from us and deny us access to the truth. In the meantime, many of our older family members are infirm or have gone to their graves without any justice.”

KRW LAW LLP is instructed by Ciarán MacAirt in this matter, said:

“KRW LAW LLP has previously represented Mr MacAirt in attempts to gain access to information relating to the McGurk’s Bar Massacre 1971. He understands that information retrieval is core to the processes of truth-recovery required to achieve reconciliation regarding the Conflict. Time and again the institutions of the British state – the MOD, the Security Services, the police – apply exemptions and exceptions to deny access to information that could assist truth recovery.

Huge amounts of time and resources are spent securing the ‘vaults of truth’ from relatives of victims. This is usually done in the name of ‘National Security’ (never defined). If National Security serves any purpose, it must be to uphold the Rule of Law which is central to our principles of democracy – principles achieved through open, transparency and accountability. That is the contradiction of the FOIA system.

The government intends to further limit access to truth by way of the proposed Legacy Bill which would introduce a state-controlled mechanism of truth-recovery and end access to justice (and disclosure) by way of civil litigation and inquests.

We and Ciarán MacAirt will continue to pursue the pursuit of truth about the Legacy of the Conflict in Northern Ireland – specifically, the extent of collusion between state agencies and paramilitary forces – no matter how embarrassing to those charged with securing the vaults and denying the truth of the past.” 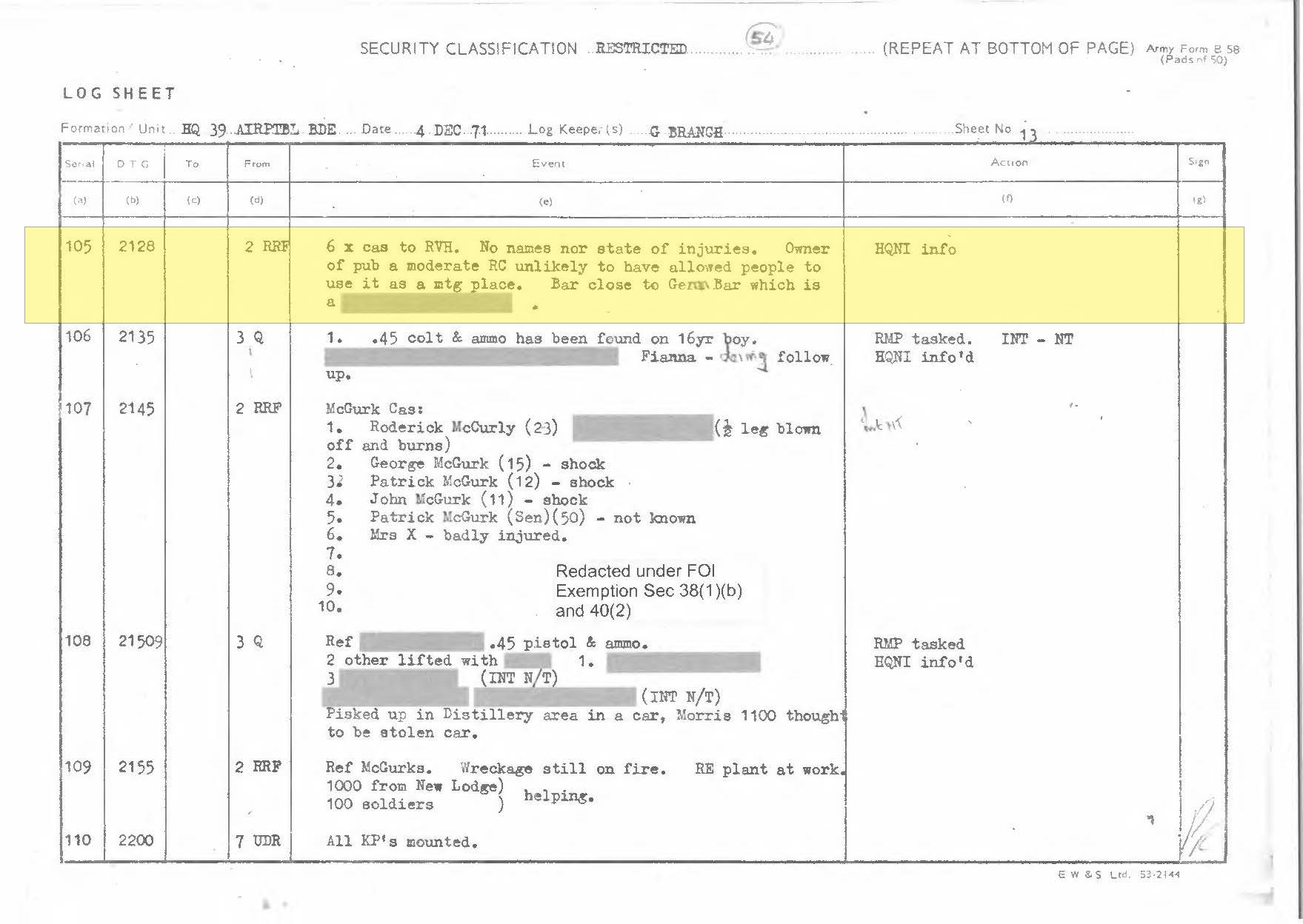