On the 50th anniversary of the publication of heinous lies about our loved ones in The Guardian, a grandson of the McGurk’s Bar owner writes to the newspaper.

The Guardian newspaper in Britain is one of those lofty newspapers of record but on Christmas Eve half a century ago it published egregious lies about the McGurk’s Bar Massacre and the victims – our families.

The Guardian has yet to apologise or account for its publication of state disinformation.

Under a disgusting pun “Blown off course”, the Guardian wrote on 24th December 1971:

Security men and forensic scientists have finished their grisly investigation of the explosion in Paddy McGurk’s bar, which killed at least 15 Belfast Catholics earlier this month. If they are to be believed – and in this case they probably are – the figure will have to be revised upwards.

They claimed to have established that five men were standing around the bomb when it went off inside the crowded bar in north Queen Street. All five were blown to pieces. The scientists have been able to identify one of them as a senior IRA or a man who was an expert on explosives and was on the Government’s wanted list.

Of all the conflicting theories about the explosion, their security men are now convinced that the bar was a transfer point in the IRA chain in between the makers and the planters of bombs.

Something went wrong and the bomb exploded

We now know, of course, that these lies can be traced back to collusion between then Brigadier Frank Kitson, commander of the British Army’s 39 Brigade in Belfast and the Royal Ulster Constabulary (RUC).

Just over 4 hours after the explosion, Kitson ordered his Brigade staff:

We also know that the British Armed Forces knew that the McGurk’s Bar explosion was the result of an attack and not an accident. Read more…

A British Army Ammunition Technical Office (ATO) – a bomb disposal expert – reported from the scene of the atrocity the following morning (5th December 1971) and informed Kitson’s Brigade and Headquarters:

This expert witness report, though, was marked “NOT FOR PR”, so it was not to be published or given to the press, including the Guardian. Read more…

50 years later, the grandson of Paddy McGurk, Dr. Chris McGurk, wrote to leading British news outlets including The Guardian in the run-up to the anniversary.

They ignored him, just as BBC NI ignored us too.

The 50th anniversary of the murder of 15 dead Irish men, women, and children does not account for news, apparently.

Paddy McGurk’s grandson wrote again to The Guardian newspaper in the run-up to the 50th anniversary of its publication of the British Armed Forces’ lies about our loved ones… and his letter was ignored again.

The letter he submitted was less than 250 words as per the parameters of The Guardian’s letter page, but we publish his longer version here.

4th December marked 50 years since the McGurk’s Bar bombing in Belfast, when a no-warning bomb destroyed a Belfast pub and killed 15 people. It was the worst atrocity of the Troubles to that date, and remains the largest loss of life in a single incident in Belfast during the Troubles to this day.

I was therefore disappointed that there was no UK media coverage of this significant anniversary. One has to wonder why this is the case.

It cannot be due to a general reluctance to mark significant anniversaries, given the BBC rightly covered the commemoration of the deplorable IRA bombing of a Belfast furniture shop, in which four people died, one week later. But I am saddened that the BBC and others neglected to cover the McGurk’s Bar remembrance events on the day of the anniversary.

Perhaps it is due to the ongoing effect of the misinformation propagated by the RUC (the police) and the British Army at the time.

The bomb was planted in McGurk’s Bar by the loyalist terrorist group the Ulster Volunteer Force (the UVF). However, despite plentiful evidence at the time pointing towards the UVF as the culprits, from the very night of the bombing onwards the British army and the RUC promoted the story that the bomb was an IRA ‘own-goal’, a bomb in production or transit that had accidentally exploded. This hurtful lie implied that some of the victims were involved with the IRA and thereby culpable for the explosion.

In fact, none had any IRA connections whatsoever. A UVF man admitted to the bombing in 1977 and was convicted of 15 counts of murder in a UK court in 1978.

The Police Ombudsman for Northern Ireland subsequently acknowledged that the RUC’s investigation had been “biased”. In 2008 the UK Government formally apologised in the House of Commons, saying that officials at the time had allowed “perceptions and pre-conceived ideas to cloud the evidence”, adding that “extraordinary additional pain [was] caused to both the immediate families and the wider community by the erroneous suggestions…as to who was responsible.”

But if the ‘own-goal’ myth has been comprehensively put to bed, why does McGurk’s Bar continue to be swept under the carpet?

1972 was the bloodiest year of the Troubles. Next year sees a large number of 50th anniversaries looming, not least Bloody Sunday. Editors will need to choose which events to comment on, and which to pass by.

This is a matter for their discretion, but I would suggest that the worst terrorist atrocity in Belfast, and the deaths of 15 people, merited mentioning.

After all, even The Guardian was not immune to the misinformation at the time. Your article on 24th December 1971, entitled ‘Blown Off Course’ (a reference to the bomb exploding) describes the bomb victims being “blown to pieces” and repeats the Government lies that IRA men were amongst the victims, a claim that has been comprehensively refuted and that the Government has apologised for.

Perhaps you could consider printing this letter on Christmas Eve 2021, to make amends for your article 50 years previously?

Grandson of the bar’s owner 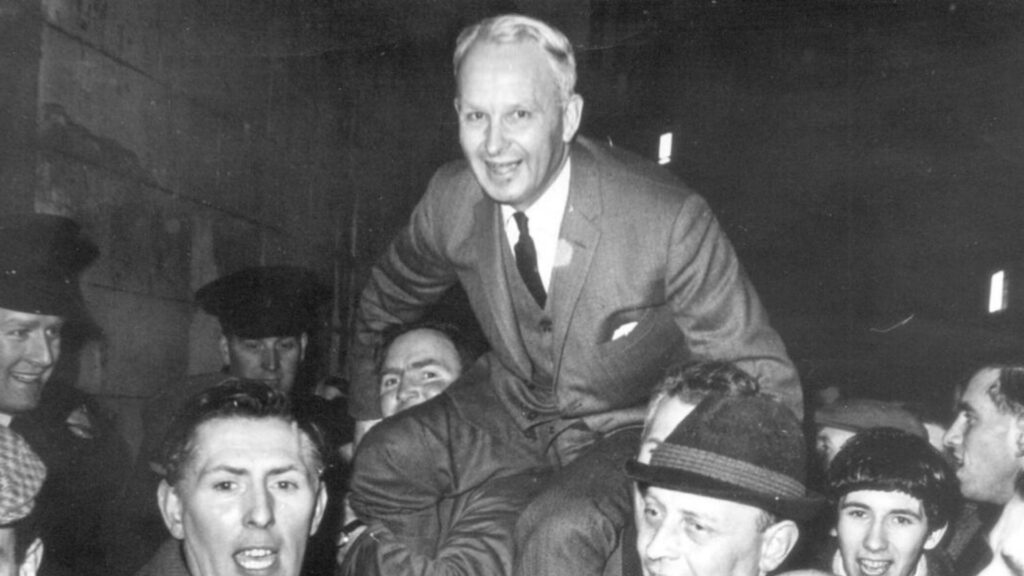